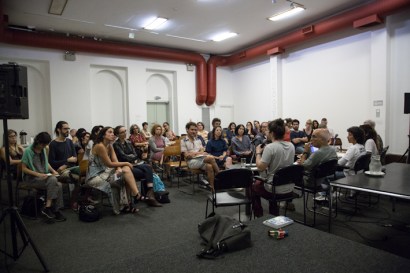 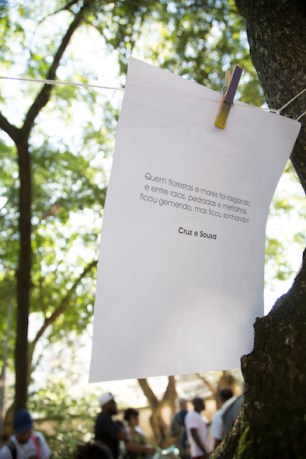 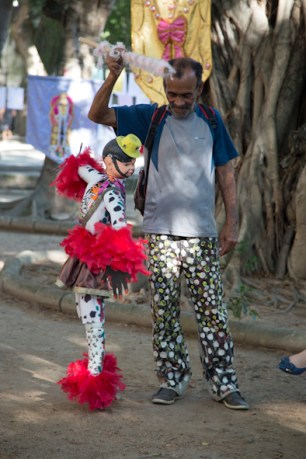 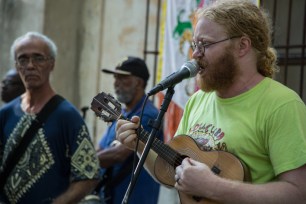 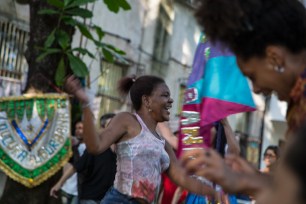 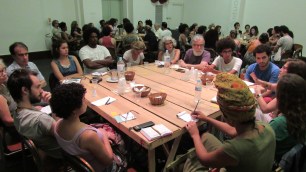 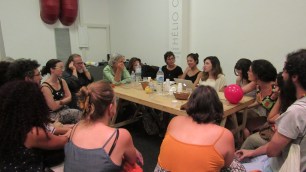 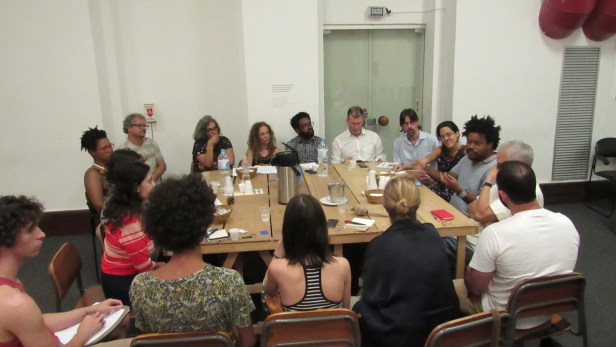 Care can be a force of micropolitical action. Yet such possibilities are often lost (or distorted) via the various uses or misuses of the word, at times in even dismissive and paternalistic discourse. As a research-action initiative the Art_Care project is vested in a notion of care that means thinking about the other, to literally cogitate the other, as the Latin cogitare suggests, which approaches the idea of (co) movement, that is, to act with, affectively and collectively.

The Art_Care project brings together a diverse group of researchers, artists, cultural workers, therapists, and administrators who work at the interfaces between the fields of art, health, environment, citizenship, and other forms of institutionality. Focusing on the idea of care as method, the initiative aims to enhance the practices that involve these fields and share knowledge with the goal of constituting a network of action, research and learning. Taken on as a method of work, care can be seen as the connecting thread that brings together diverse activist and creative practices of artists, curators, managers, researchers, teachers, agents and health professionals, communities, and social movements. The Art_Care project aims to gather together examples of such practices and explore this thread as a means to energize in-between spaces and creative possibilities and deepen connections between practitioners, researchers and organizations working amidst the fields of art, health, civil rights, and environmental action. By examining the diverse meanings, contradictions and possibilities of care, the project hopes to harness its potency as a political, ethical and esthetic process.

This interface of art with other fields, a distinctive feature of much contemporary art today, also corresponds to discussions concerning the role of art in the face of urgent debates about civil rights and divided cities, and the ongoing aggravation of socioeconomic, political and environmental problems throughout the world. Practices that emerge and have emerged from such transdisciplinary connections in Brazil, most of the time, occur in institutional contexts marked by extreme precariousness and conflict. Acting in the world, such practices radically call into question the role of the artist, the meaning of the public or qualitative notion of publicness, and the responsibility of curators and cultural institutions. Such (art) work demands processes that activate art as a critical tool, as an instrument to co-move, and as a synthesizing force, nurtured by its own dislocation from a centralizing notion of individual creative autonomy, to consider other possibilities, all the while immersed in the constitutive contradictions that make up contemporary life.

Coordinated by Jessica Gogan (curator, educator and director Institute MESA) and Izabela Pucu (curator, researcher and former director of the Hélio Oiticica Municipal Art Center (CMAHO)), the Art_Care project works to create situations of collaboration between people and institutions whose practices embrace care as a method and generate other forms of life and subjectivity. In 2016, we held the first meeting of the project Cuidado como método # 1 [Care as Method # 1] at CMAHO featuring group conversations with more than 60 participants including contributions from artists, therapists and doctors and including the first presentation of the video Care as Method (in draft form) directed by Jessica Gogan and Daniel Leão comprising statements from various participants of the project reflecting on “care as method.” The video is a collaboration between Instituto MESA and CMAHO with the support of the Museum of Art of Rio de Janeiro (MAR). In 2017 the first edition of this video was presented within the framework of the exhibition Lugares do delírio [Places of Delirium] at MAR curated by critic and psychoanalyst Tania Rivera, also a participating researcher in the Art_Care project (For exhibition info).

Also in 2017 we held the international meeting Cuidado como método 2 [Care as Method # 2] presented as part of the second phase of the project Exchange of method: collaboration between Brazil and Scotland, initiated by Art Link and Collective (Edinburgh, Scotland) and CMAHO in 2015. Cuidado como método # 2, brought together artists, therapists, doctors, researchers, and patients, among others, for a series of debates, presentations, visits, work groups, festivities, and seminars, that explored diverse aspects of these “care” practices shedding critical light on the experimental and ethical “in-between” of such work.

In 2018, as a means to further mobilize this network of exchange, research and practice, as well as to create a common archive of “care” practices and generate critical dialogue, we will launch a special edition of Revista MESA Art_Care also co-published as part of the cooperation between Brazil and Scotland.

Brazil / Scotland: Exchange of Method
In 2015 beginning as a focus on the relationship between art and mental health, the first Brazil/Scotland: Exchange of Method program included visits, lectures and work groups that took place in both countries, coordinated by CMAHO and Instituto MESA [joining post the first visit of Scottish reps to Rio] in Brazil in partnership with two Edinburgh based institutions, Art link and Collective and their directors Alison Sterling and Kate Gray. The program was sponsored by the British Council Scotland and Creative Scotland and supported by the Municipal Secretary of Culture of Rio de Janeiro, and featured the participation of artists, doctors, curators and teachers connected to various institutions and projects, among them: the art collective Norte Comum; Federal Fluminense University; Maternity Hospital Heloneida Studart as part of the art residency initiative Limites do Corpo [Limits of the Body]; Museum of Images of the Unconscious; Museu Bispo do Rosario Contemporary Art; Espaço Aberto ao Tempo [Space open to time]; Projeto arte, corpo, subjetividade [Art, Body, Subjectivity Project]; Loucura Suburbana [Suburban Madness – Carnival bloco and cultural community Center]. While inititially motivated by the Scottish partners visit to Brazil, the meetings continued after their departure and culminated in the first public event Cuidado como método # 1 [Care as Method # 1, held at CMAHO in December 2016. This was shortly followed in 2017 by the first edition of the video Cuidado como método presented as part of MAR’s exhibition Lugares de delírio and the international encounter together with Scottish partners again Cuidado como método # 2 in September and October of 2017.