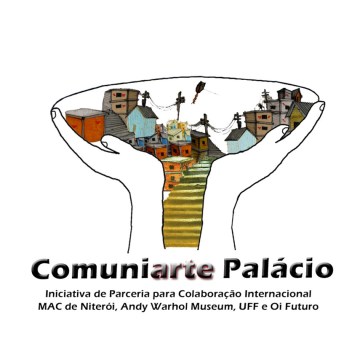 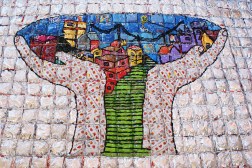 Artwork created by Marcos Cardoso in collaboration with Comuniarte participants 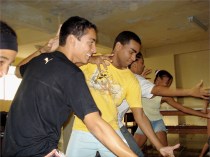 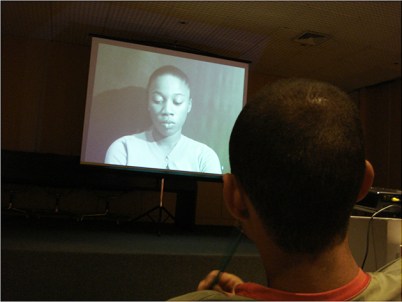 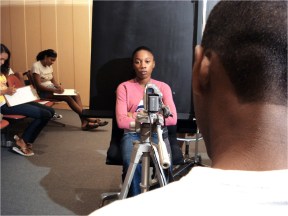 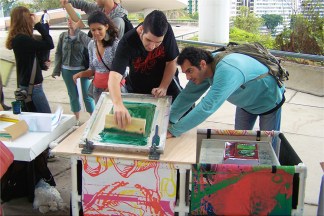 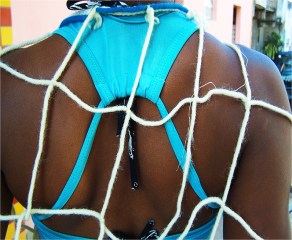 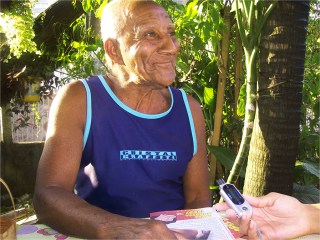 Map Project: Map of Morro do Palácio by RUST inspired by an aerial photograph of the favela. 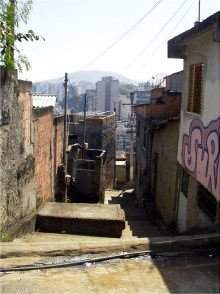 Map Project. Mapping the alleyways in the community 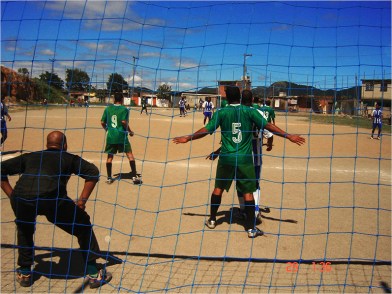 Comuniarte was developed by the Museum of Contemporary Art in Niterói (MAC de Niterói) as an offshoot of its Art and Environmental Action program to support the work of a community center called Módulo de Ação Comunitária (Maquinho aka “little MAC”) that was then being built. In partnership with The Andy Warhol Museum, Federal Fluminense University and Niterói’s Family Doctor Program the project was geared towards interdisciplinary research involving the fields of education, geography, art and health and promoting new models of museum work. Drawing on the work of Brazilian artists, including Hélio Oiticica and Lygia Clark, and that of Andy Warhol and other contemporary artists, the project brought together university students, young residents from Palácio, a favela community close to the museum, and four guest artists – Marcos Cardoso, Luiz Mendoza and the collective RUST (artists Heather White and Mary Tremonte) – to develop projects that mapped distinct aspects of the community, its daily life, geography, narratives and history.

The project was conducted in two main stages: a two-month training course followed by the formation of six working groups that each researched and developed different projects in Palácio. For the inauguration of MACinho in December 2008 exhibitions of the project were presented both at MAC and the community center. The success and challenges of this project served as the inspiration for the creation of Instituto MESA and future institute projects such as Piedarte in Vitória, Espírito Santo.