Beach and island of Boa Viagem with the identification flags. 2013. Photo Joana Mazza.

Climb to Macquinho at the Morro do Palácio with the identification flags. 2013. Photo Joana Mazza. 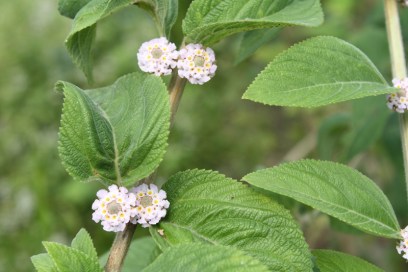 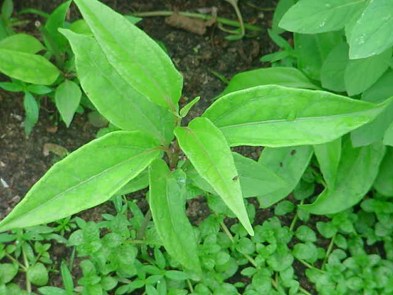 Visit of a group from Morro do Palácio at the Botanic Garden of Rio de Janeiro. Photo: autor unknown.

The Baldia Pharmacy of Boa Viagem is a collective art and health initiative focusing on the use and study of medicinal plants that was inaugurated as part of Brazilian artist Carlos Vergara’s exhibition at The Museum of Contemporary Art (MAC), Niterói, Brazil in 2013.1 MAC, designed by the renowned Brazilian architect Oscar Niemeyer, is located in the peripheral city of Niterói overlooking Rio de Janeiro’s stunning Guanabara Bay.
Building on MAC’s long standing initiative Art and Environmental Action in collaboration with the neighboring favela, Morro do Palácio, the Federal Fluminense University, artists, and the city of Niterói’s Family Doctor Program (a Cuban inspired preventive health initiative where doctors, nurses and health agents are resident in low income communities) the Pharmacy project proposed an experimental, curative and collective investigation of the medicinal plants growing in the common lands around us. Taking the name of Boa Viagem from the region directly surrounding the museum, an area that also includes the historic island of Boa Viagem, registered on Portuguese maps since the 1500s, and the favela community of Morro do Palácio, the project enacted a kind of poetic political botany, drawing attention to the mostly unseen and unrecognized medicinal resource at our doorstep.
Art’s role here is modest, as Vergara suggests “something extra”, but it is also, arguably, newly radical.2 Promoting and occasionally achieving a third space – a poetic common ground - in-between the fields of science, botany, medicine, and community health, art in this context is about “awakening the complicity to make”.3 It is a striving to connect worlds, where also, the artist no longer has the big picture. Indeed no one does. Vergara first presented the Baldia Pharmacy as an art project in 1997, as a public art intervention in São Paulo. More than sixteen years later, on the occasion of his exhibition at MAC, Vergara thought to (re)present the Pharmacy project. An initial meeting paralleling the first stages of the project in São Paulo was held in October 2013 with MAC’s director/curator, the artist, Instituto MESA and four university botanists and pharmacologists specializing in medicinal plants. The discussion focused on a project of mapping medicinal plants in the area. Then, in a contagious wave of affectivity and opportune confluences, a month later, the project became a collective initiative focusing on the immediate surroundings of MAC and the favela Morro do Palácio inaugurating critical networks in need of a new injection of energy between MAC, the affiliate cultural community center satellite Macquinho (“little MAC”) in the Morro do Palácio favela, and the city’s Family Doctor Program.

So far over 40 medicinal plant species have been identified around the museum, on Boa Viagem island, and in the Palácio community. Programs have included cultural outings, weekly conversations, and “Chá das Cinco” (Tea Conversations at Five) comprising conversations, “recipe” collecting and how-to sessions and a small exhibition on the project featuring photos of the process and identified plants held at Macquinho. In 2015 the focus turns to working with community crèches and families. The process is an open-ended and constantly unfolding conversation between inside/outside, art/life, science/popular knowledge, institution/community, favela/city and illness/cure via the organic theme of medicinal plants.
_
1 The Portuguese word baldio generally refers to primarily urban unused or abandoned land. In this case Farmácia Baldia means a pharmacy made from things growing wild in unused city lots or land areas. Some have drawn a parallel between baldios and the English term commons. See Sacramento, Nuno. “Makers Meal and the production of the new common”. Revista MESA nº 1, January 2014 http://institutomesa.org/RevistaMesa/makers-meal-and-the-production-of-the-new-common/?lang=en
2 Interview with the artist, February 5th, 2014
3 Ibid.