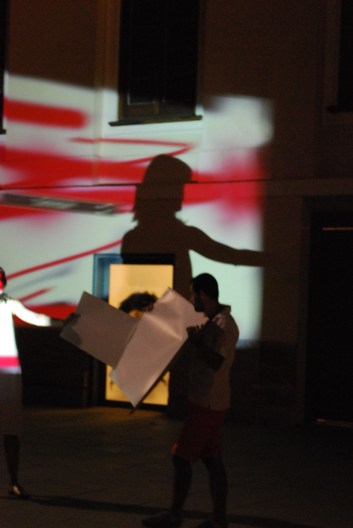 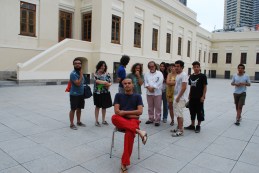 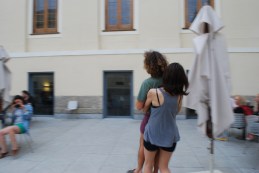 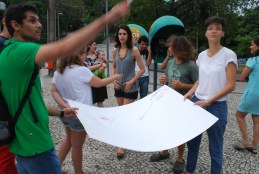 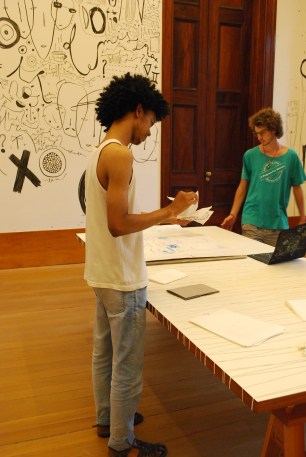 Inspired by the exhibition Rubens Gerchman: With the Resignation Letter in My Pocket (August 9th, 2014- February 8th 2015) and the experimental and "pluridimensional" legacy of the artist when he was director of the School of Visual Arts (Parque Lage) between 1975 and 1979, Instituto MESA and Colectivo E created in partnership with Casa Daros the course Contemporary Laboratory: Proposals and Discoveries of What Is Art (Or Could Be). Presented at the end of 2014, the program drew on Gerchman’s provocation for an art school to be active process of "creative immersion and constant questioning” to promote an experimental laboratory for a group of 17 young artists working with different media and practices.

Invoking Gerchman’s notion that an artist is both a witness to and engages in the present, the program sought to stimulate new forms of looking and listening and individual and collective actions via encounters that explored the challenges and possibilities of being an artist in contemporary contexts. Proposals and Discoveries of What Is Art (Or Could Be) emerged as a constantly evolving laboratory process enriching itself through a “poetics of encounters” - between the young artists, special guests and the context of Casa Daros. Each encounter in turn activated and challenged the creative potential of the young artists participating.

As a means of sharing the created processes and laboratory experiences in an expanded collective context, the artists presented a free appropriation of the “spectacle conference”, inspired by the experimental practice of the designer Hélio Eichbauer in his classes at Parque Lage in the 1970s. On the 12th of December 2014, the spectacle conference "Look, Imagine, Listen, Feel", held in various exhibition galleries, the external patio and surroundings of Casa Daros, shared this experimentation with the public.

A case study of this experimental laboratory will be published in the 4th edition of Revista MESA “Past as Blueprint: Hybrid Practices / Limit Zones”.

Made Possible By:
Casa Daros